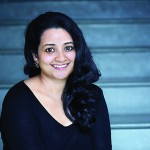 Let me make a confession first. Even though I wish to, I haven’t travelled much. But whenever, and wherever I’ve been, it has left me fascinated… the mind crowded with images of the place, its history, its beauty. It is this multiple layers of economic and social order, culture, religion that is unique to a place, which gives it its identity; constant yet ever changing. I strongly believe that every place has a destiny, which can be altered with the choices made in the past. Burhanpur is one such underrated town, located on the banks of the river Tapti in Madhya Pradesh, whose destiny is quite different from what it could have been. I’ve visited this place numerous times as a child and have extremely fond memories of it. While exploring the town and visiting its historical sites with my family years ago, I was told an intriguing and surprising story. Burhanpur occupied a prominent place during the Mughal era, and it was here that Shah Jahan spent a significant number of years as governor of the Deccan region, before his ascension to the throne. He resided in the Shahi Qila, emblematic of the Mughal architecture. A hammam (royal bath) was built in the qila for his beloved wife Mumtaz Mahal. The roof of the rooms was dome-shaped, with paintings on honeycomb work.  It was here that Shah Jahan planned to build a grand mausoleum — a monument of unparalleled beauty in the memory of his beloved wife. He envisioned a white marble structure, whose reflection in the Tapti would increase its beauty manifold. It is said that an intricate painting of a monument on the ceiling of the hammam was the inspiration for the Taj Mahal. However, destiny had other plans. Due to a number of reasons like termites in the soil, and difficulty in transporting the white marble from Rajasthan, the Taj Mahal was built in Agra on the banks of Yamuna instead. While this great architectural marvel has placed Agra on the global map, the vast stretches of open land on the banks of the Tapti in Burhanpur stand in mute testimony to what could have been. Today, the Shahi Qila is in ruins, except a few beautifully carved parts of the palace that still stands as a symbol of the glorious fort it was. Even the road leading to the site is full of pot holes and dusty tracks. If the Taj Mahal would have been built here, this complex would have perhaps been one of the most important buildings of the Mughal Empire and this town would have been thriving. I have yet to visit Agra and see the Taj Mahal, but the state of neglect that monuments in Burhanpur are in make me wonder how many such structures seeped in the history of the country lie unnoticed, uncared for because their destinies were altered, depriving  us of great architecture. JK Rowling says “Destiny is a name often given in retrospect to choices that had dramatic consequences.” If we are to believe that, then the destinies of Burhanpur and Agra are entwined in the wisps of time…altered forever.