Sequel Bistro & Juice Bar in Mumbai collaborated with architect Ashiesh Shah for a makeover. The result, a space with an overarching wabi-sabi aesthetic, and a sense of freshness which permeates with the use of wood, subtle greys and whites. The only colour in the space comes from the produce!

Sequel Bistro & Juice Bar proudly advocates clean, organic eating, and in the light of the third anniversary of its flagship outlet in Bandra, Mumbai, the restaurant has collaborated with architect Ashiesh Shah for a makeover. Brainchild of founder and chef Vanika Choudhary, this health food restaurant is a truly organic, farm-to-fork, vegan-friendly brand which inspires the nutrient-dense, wholesome and healthy dishes on the menu. 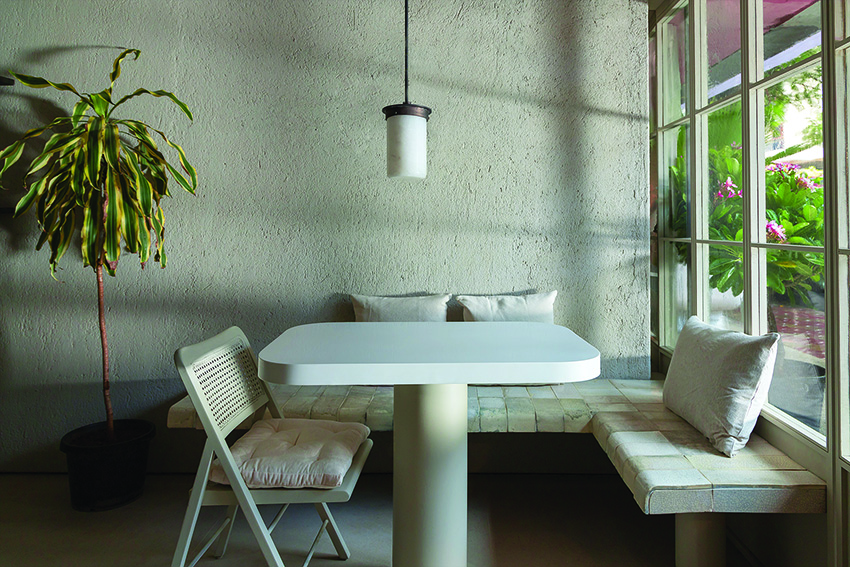 Sequel’s Bandra space benefits from having an outdoor area which is now encompassed in grey stonecrete that contrasts with the lush greenery that surrounds it. Outdoor planters cast in white stone, shaped and polished to perfection, house greenery that adds to the verdant nature of the space. Additionally, a marble-top community table makes its presence felt right at the entrance. Handwoven cane sits on weightless metal to form chairs and benches that are completed with hand-stuffed cushions in beige linen. The entire space comes together with minimal, intimate lighting, thus creating a transitional area that offers a welcoming isolation from the city’s hustle-bustle.

Vanika and Ashiesh’s combined vision pairs an overarching wabi-sabi aesthetic to the space, and a sense of freshness permeates due to the use of wood, subtle greys and whites — the only colour in the space comes from the produce.
An emphasis on Indian handicrafts brings tactility into Sequel such as the marble community table which is a focal point in the restaurant, Chandigarh stools finished in a grained grey surrounding the table, and the flooring design that climbs onto the surrounding wall. 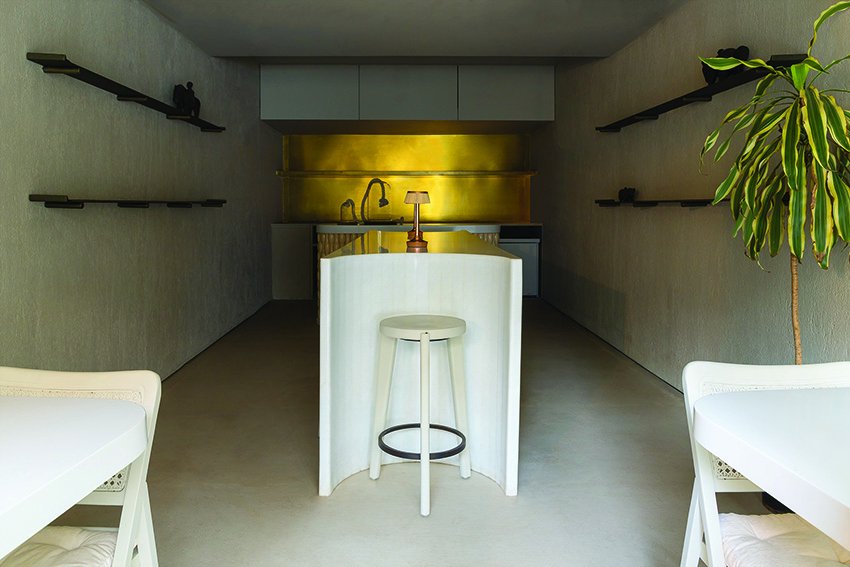 The benches are clad with ceramic tiles which were fired to perfection by an artist, who treated this seating as a planned mural. Channapatna beads wrap around the main counter in vertical stacks, creating a playful yet polished exterior.

The lighting chosen for the space is warm and intimate, which lends a more personal vibe to the space. The pendant lights and wall sconces are textured in a Giacometti bronze finish, casting a warm glow through hand-moulded alabaster. A large, elliptical light, especially spun with frosted acrylic, dominates the space and is suspended seemingly weightlessly from the ceiling, as it throws a glow on the walls that are textured in plaster.