The Kolkata-based Mandals’ keen desire to imbibe life inside a dying cultural asset — a 125-year-old building — resulted in a home which can easily pass off as a modern art gallery replete with interesting artworks and bespoke sculptural furniture. And they got to thank architect Abin Chaudhuri and his team for this graceful transformation. 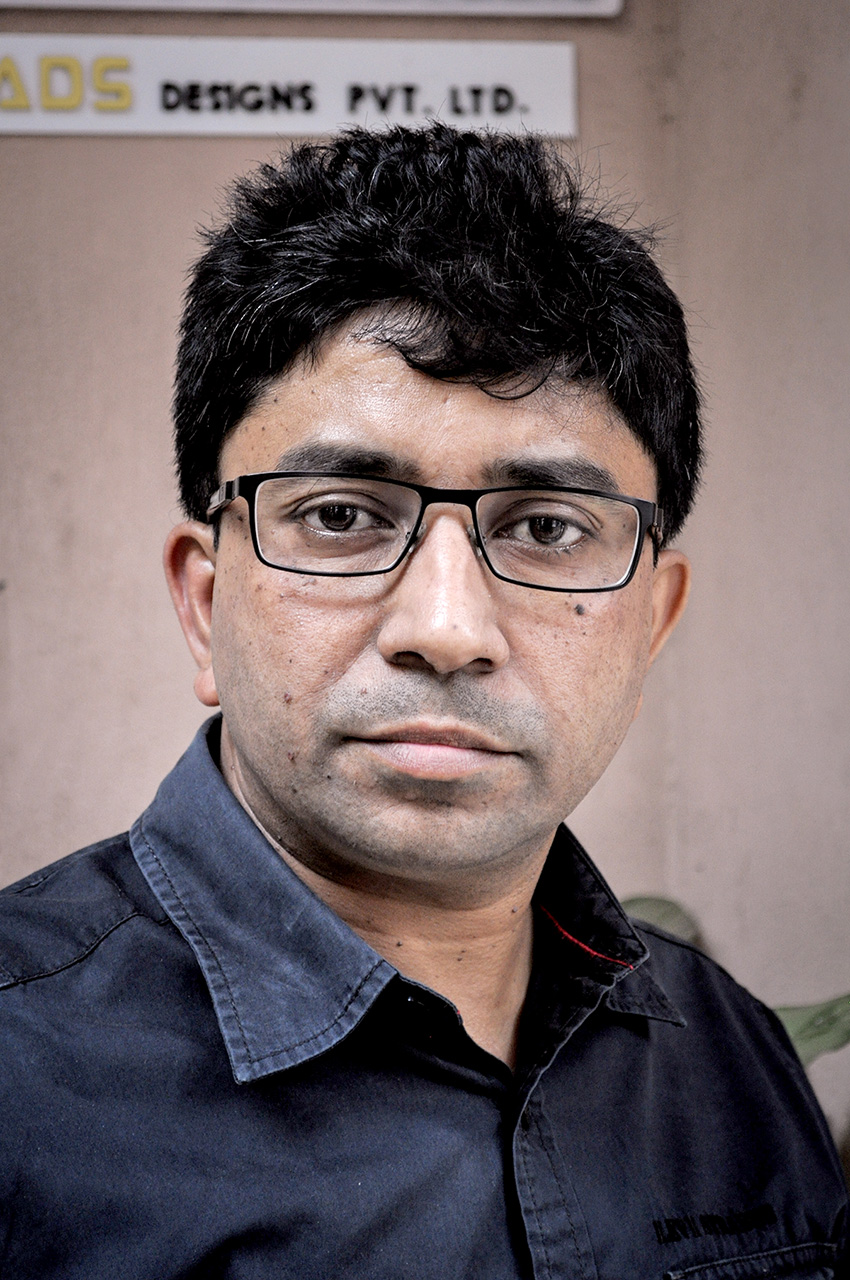 When you tear down an old building, you never know what’s being lost. Besides design details of a particular era and high-quality materials, you destroy a treasure trove of memories, and all the stories attached to every nook and cranny of the structure. But Anasuya Mandal and Debanjan Mandal who are the proud owners of the wonderful house you see featured here knew exactly what they wanted to do with their ancestral property — they wanted to preserve it and dwell in it. “This is a Grade – I heritage building of Kolkata… heritage because of its architectural features. I am the 4th generation in the family residing here, the original building was partly constructed by my great grandfather, in the early 1900s. I grew up in this house and it never occurred to me to develop the property in any other way,” informs Debanjan Mandal, who is a partner in the Kolkata-based solicitors and advocates firm Fox & Mandal.

The quest for that perfect architect who could shoulder the responsibility of restoring and designing the interiors of this 125-year-old building ended with the extremely talented Abin Chaudhuri, who heads Abin Design Studio.

“One of my friends who runs one of the largest jewellery chains in Eastern India, and someone else who is one of the largest real estate developers in this part — both of whom have used his services and are very excited to work with Abin, recommended him for this project,” says Debanjan. But what clinched the deal for the architect was his thought process, sensitivity to the project needs and sensible approach to the client’s requirements.

If the client was impressed with Abin’s approach, the architect was equally impressed with the Mandal’s sensitivity towards this aging structure, “Buildings, much like people, are left to their own means as they age, in a society intent on being forward-looking, rushing past its memories and usually forgetting to tend to its roots. The restoration of this 125-year-old building and turning it into a residence has not only been a challenge for us but also an epic journey for the clients who have been intrinsically involved in the entire process, breathing life into their home,” asserts Abin.

As the Mandals were very clear about what they wanted, Abin and his team received a detailed design brief. Abin tells me that they had a keen desire to imbibe a new life inside their dying cultural asset while staying connected to their roots. They wanted to retain their century old “prized possessions” but not in a period setting. So, it was clear that the design requirement was juxtaposition of past grandeur and chic, modern interiors. In terms of spatial requirement, they wanted to convert the ground floor of their residence into a living space and home office where they could attend to their guests and visitors.

The first task at hand was to restore the building. “At the time we intervened, the exterior of the building hadn’t undergone much change. However, the interior was a different story altogether. The original flooring of the building was either dilapidated or had been removed. The windows and arches had been modified over time. The building was struggling to adapt to modern amenities,” informs Abin.

As the exterior had been well kept, the design team added a new element — a mechanical car park — and a vertical green wall in order to screen it. The other introduction was a metal grill for the front door, whose design was derived from the existing pattern of grill and the screen at the site. “Structural changes weren’t required for the building. Since the existing flooring was either too dilapidated to restore or was missing entirely, we installed a new flooring replicating the old. We used the same materials except in the living area where wooden flooring has been used to give a warmer look and feel,” adds Abin.

As for the internal modifications, the space has been envisaged as a mixture of the architectural experience of the existing arches and the spatial experience of modern chic interiors. The house you see today has a foyer leading to the formal living which is connected to the dining, which opens into the staircase lobby where stairs lead up to the private areas of the house. This lobby leads one to the living area and is flanked by a bar on one side. The bar connects to the home office through a lift lobby. All the living rooms and the office have a powder toilet attached to them.

The design through and through has a vocabulary of co-existence. The serenity and stability of the old has been juxtaposed with the vibrancy and immediacy of the present. A fitting example of the same is seen in the staircase which is highlighted through contrast of materiality and colours — an interpretation of modern artwork by the reverential architect Le Corbusier, cohabiting with the existing stained glass arched windows. The artefacts, furniture and artwork become complementary to the life of the building and its people — they’ve been restored cautiously and acquired lovingly by the design team as well as the owners in equal measure. “The entirety of the home remains a walk through nostalgia, viewed through the comfort and familiarity of the current generation of owners, a culmination of the treasures of their ancestors and memories in the making,” says the architect on a parting note. And when the client says “every aspect has been so well thought out and implemented that it brings great satisfaction in every square inch of the building…” one knows it’s a job well done. Take a bow, Abin.

CONCEPT
To restore a 125-year-old heritage building and design a home which is a juxtaposition of the past’s grandeur and modern chic interiors — a design vocabulary of coexistence.