Here’s an innovation par excellence… The hygia magic lamp that is also a sanitizer, an air-purifier and a de-odourizer. 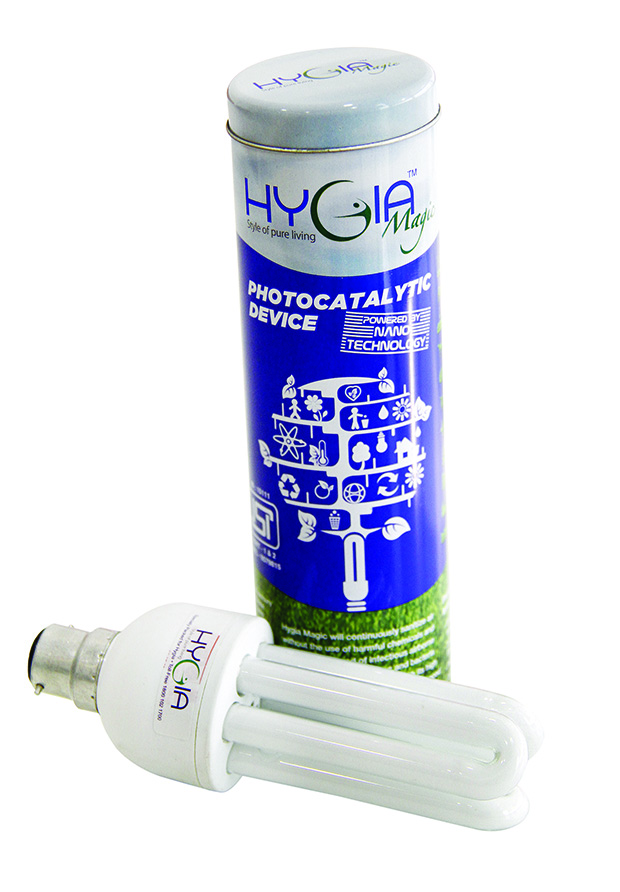 There is more to this than meets the eye… this phrase holds true for the latest offering from RKS Group of Companies — Hygia Magic. This modest-looking product appears and functions like a compact photocatalytic fluorescent lamp, but its goodness does not end there. What is unique is that the product is a sanitizer, purifier and de-odourizer all rolled into one. Conceived by award-winning scientist Manju Gunawardene, Hygia Magic gives you 99.99 per cent cleaning that reduces global warming by breaking down CFC and various green house gases into non-harmful ones. So how does this product work? Hygia Magic is a sustainable, nanotechnology-based solution that uses advanced photocatalysis, a reaction which uses light to activate a catalyst. An example is chlorophyll, a natural photocatalyst, found in plants.
The difference between chlorophyll and the photocatalyst that Hygia Magic uses, is that while the former captures
sunlight to turn water and carbon dioxide into oxygen and glucose, the latter creates a strong oxidation agent to break down organic matter into non-harmful gases and water molecules. 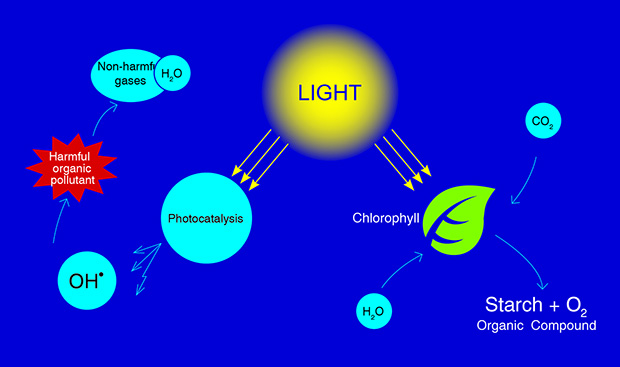 Hygia Magic comes with a highly advanced sanitized coating, which kills various micro-organisms such as bacteria, viruses, fungi, moulds and spores by decomposing their cell itself. The product is ideal for hospitals and children’s rooms as it purifies the environment by destroying airborne allergens and irritants such as pollen, tobacco, smoke and pet dander. It is a well known fact that indoor air pollution is caused by volatile organic compounds (VOCs) such as formaldehyde, nitrogen dioxide, carbon monoxide and chemical contaminants released from various products, appliances and equipment. Many of these pose serious health threats…  Hygia Magic’s Nano Photocatalytic technology oxidizes noxious chemical contaminants into non-harmful gases and water. In fact, the air fresheners, scented gels, aerosols and plug-in fresheners you are using right now could be exposing you to harmful chemicals such as benzene, formaldehyde and phthalates. These chemicals have been linked to breathing difficulties, development problems and cancer in lab animals. But Hygia Magic comes with a promise to destroy odours safely, minus the deadly chemicals.