Pink Elefant’s Suhasini Paul takes the monster out of Monsters with her series of cuddly beasties. 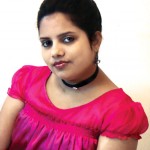 A toy designer by profession, Suhasini Paul ardently seeks out the opinions and aspirations of her target group — children. It was during one such survey, that she realized that children can never get too many hugs, especially when their dreams are peppered with unruly fiends. Intending to banish the bad monsters, Suhasini created ‘good’ kind, under the label Monster Hugs. Artificial fur was ruled out immediately owing to its dust collecting properties. So Suhasini spent six months finalizing the anti-pill polar fleece used in the products. The material was then handcrafted and filled with fibre to make an easy-to-clean, safe (no small parts) end result. The Monster Hugs series doesn’t have the slimy tentacle-sporting creatures one usually associates with monsters. Instead, Suhasini turned to forest animals for her creations. So your child’s cuddly companion could be an owl, rabbit, frog, panda, parrot, or even a dinosaur. To further help the little one connect with the ‘monster’, Suhasini gave them ‘expressions’ specific to their natural characters by giving them large, wide-open eyes. So far, the Monster Hugs have travelled to the Frankfurt Ambiente Fair in February 2011, France Alliance’s Design x Design Exhibition in December 2011, and recently to the Pune Design Festival in February 2012. Look out for more merchandise from the Monster Hug series!

ABOUT
Suhasini Paul has done her post graduation in toy design and development from NID. She is married to product designer Paul Sandip.