Artist Shovin Bhattacharjee’s futuristic art holds valuable lessons as much as it is a visual delight. 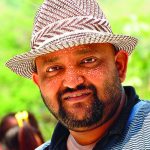 Born in Shillong, Meghalaya, New Delhi-based artist Shovin Bhattacharjee grew up adoring the beautiful landscape of his town, the cool breeze and the sound of morning dew drops falling on leaves. With inspiration all around, his love for drawing and painting grew throughout his formative years and culminated into him acquiring his Masters in Fine Arts from Assam University in Silchar (2001) and a six month scholarship at the National Research Laboratory for Conservation in Lucknow. In stark contrast to his childhood memories, his striking abstract, sci-fi art destroys the strict order of concrete blocks of high rises and such, to an absorbing mystery. His art (that comprises of two extremes: stereo metric forms, spheres and numerous planes on one hand and birds, canines, fish, spectral human shapes on the other) tries to wake us up to the basic strangeness impending behind taken-for-granted monolith structures, whether grand buildings or gross dogmas. 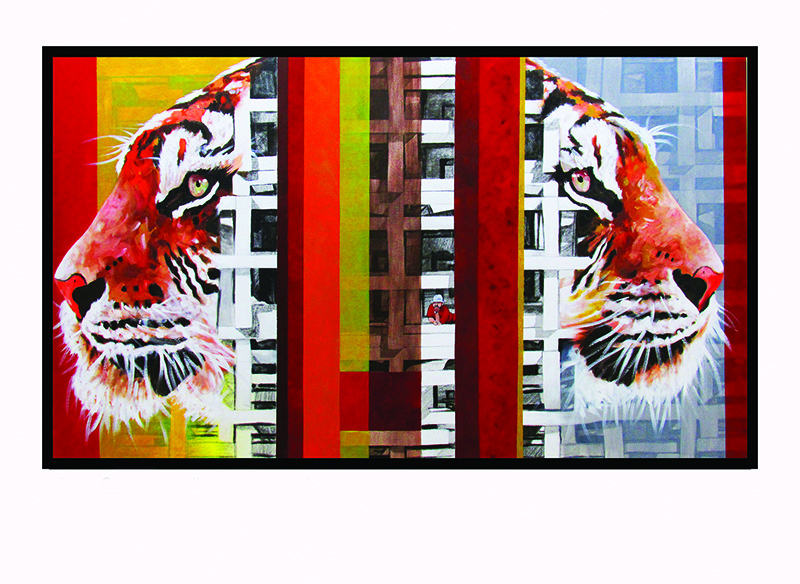