GRAFT has developed a master plan for the Didube Chughureti District in Tbilisi, Republic of Georgia. The master plan for the business district attempts to provide its inhabitants with a healthy working environment by balancing scenic landscaping with the necessary amenities. The overall complex consists of a pair of complimentary towers: the main tower, in particular, will house the head offices for the Georgian Railway Company. Elements of the facade reflect the railway. 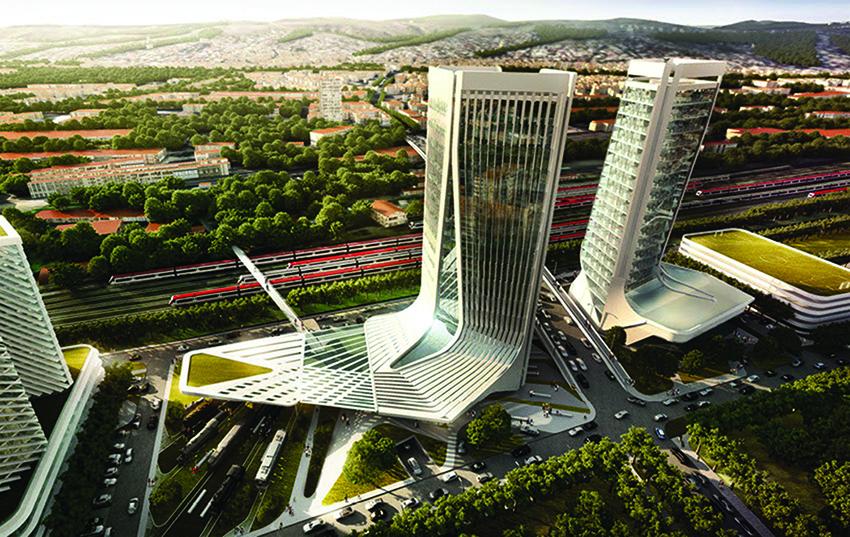 The facades, themselves, appear to divide in a similar way to a railway junction. At the base of the tower, the descending curve of the facade plateaus creates a roof for the new open-air museum, which features locomotives from the Georgian Railway Company. An essential aspect of the master plan is the large public squares that serve as multi-functional gathering spaces and transitional spaces between the complex’s many functions.
Source: Dezeen