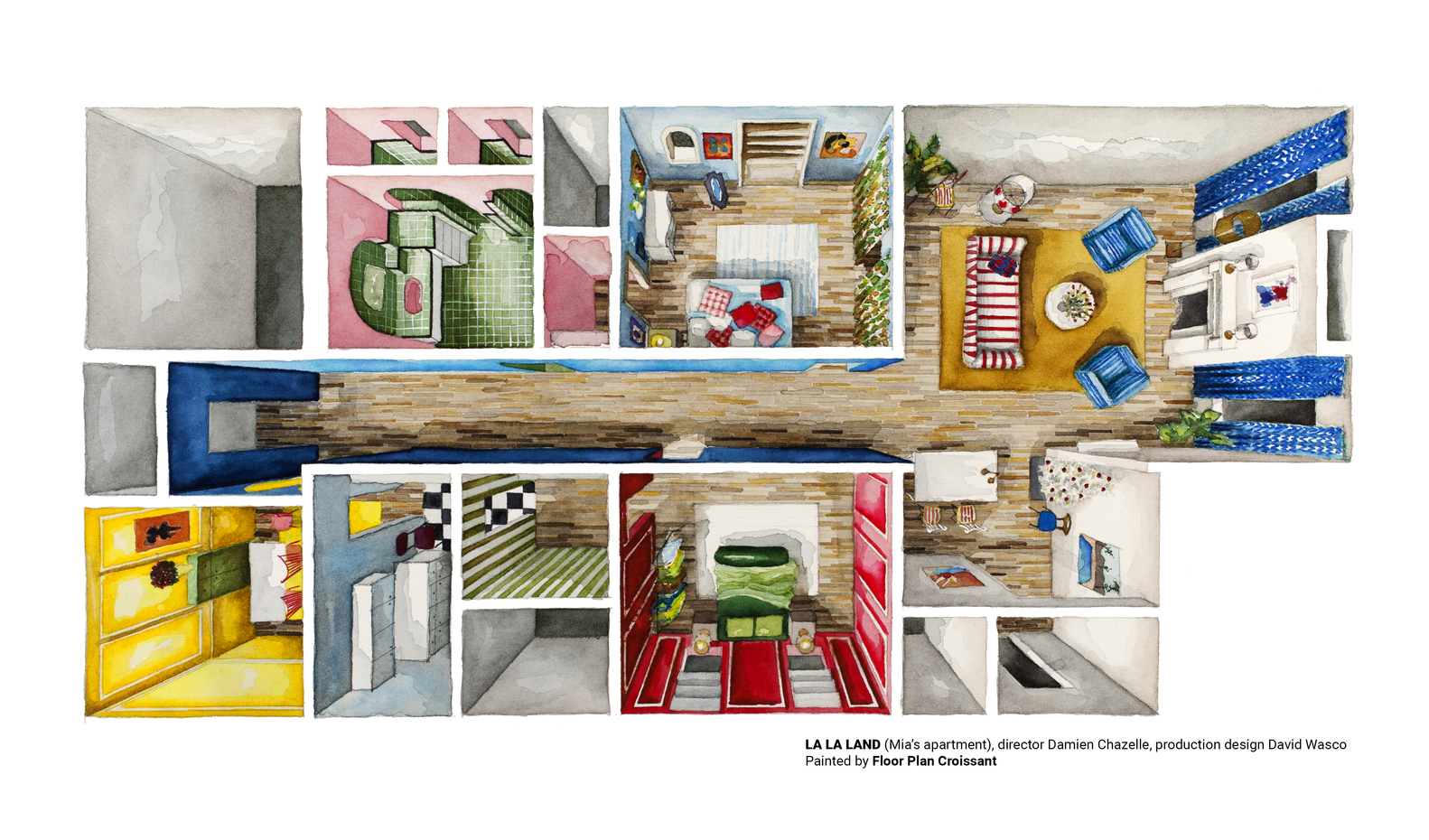 From a film that has bagged five Oscars, an overview of Miaâ€™s apartment gives us an understanding for the timelessness in La La Landâ€™s set design. Writer/director Damien Chazelle took inspiration from the bright prime colours in movies such as The Umbrellas of Cherbourg and The Young Girls of Rochefort, clearly seen from the wall colours in Miaâ€™s apartment, and also reflected in the colours of the dresses that the group of girls wore on their night out: blue, red, green and yellow. 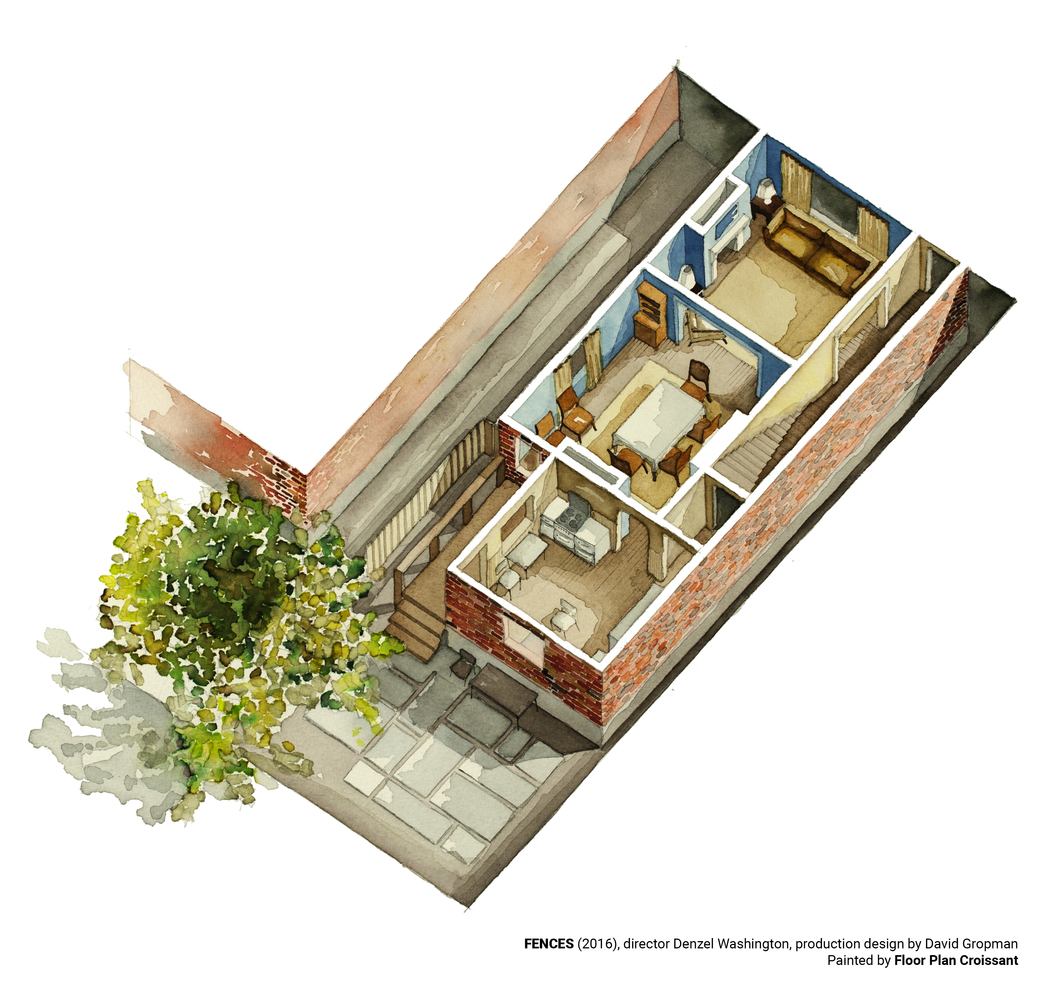 As a movie adaptation of a play, Fences takes place for the most part in the Maxonsâ€™ backyard. Winning one Oscar of total five nominations, the filmâ€™s most emotionally taxing, heartfelt and vulnerable scenes take place in the muddy yard, the only set backdrop in the original theatre performance. 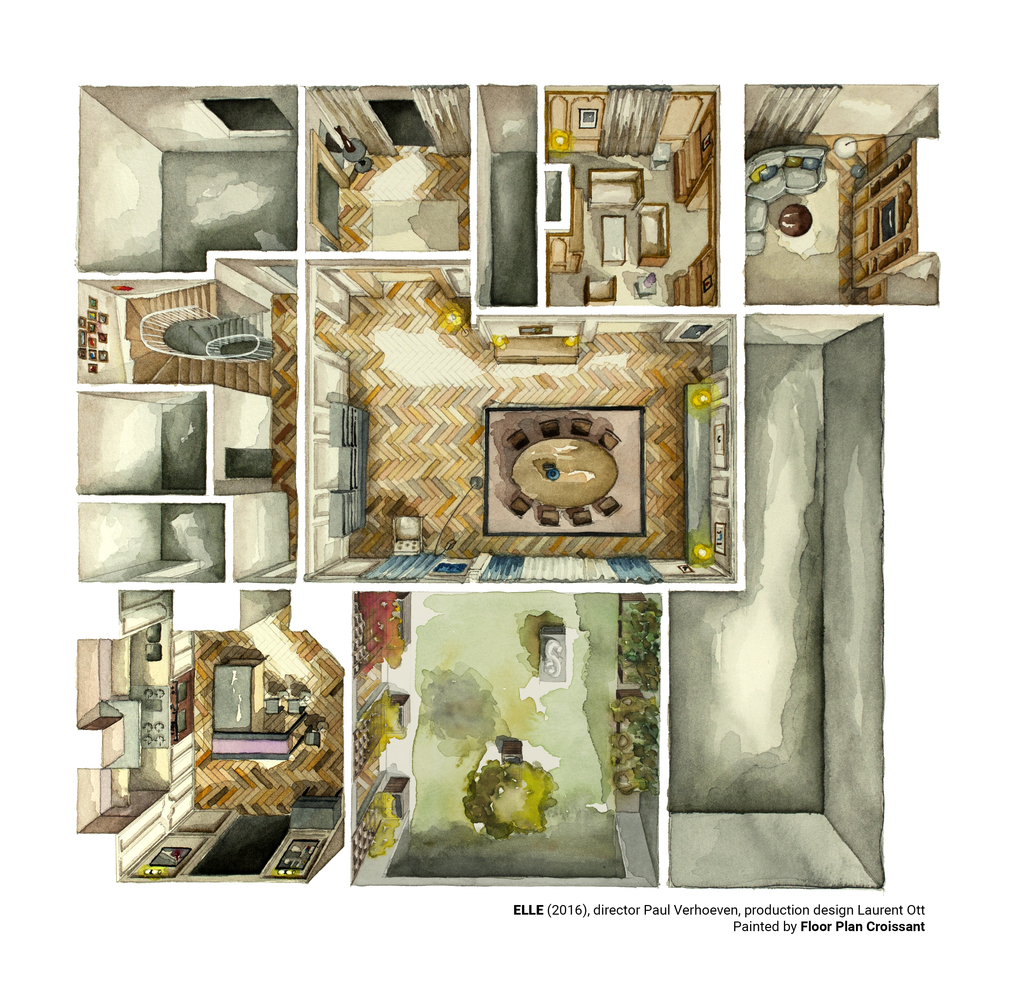 Micheleâ€™s home, a house in the Parisian suburbs, hosts the opening scene of Elle, an Oscar nominee for Best Performance by an Actress in a Leading Role. The kitchen where Michele is raped by a masked intruder, setting up the plot for the rest of the movie, is seen in the corner of the plan with the dark glass door through which he enters. 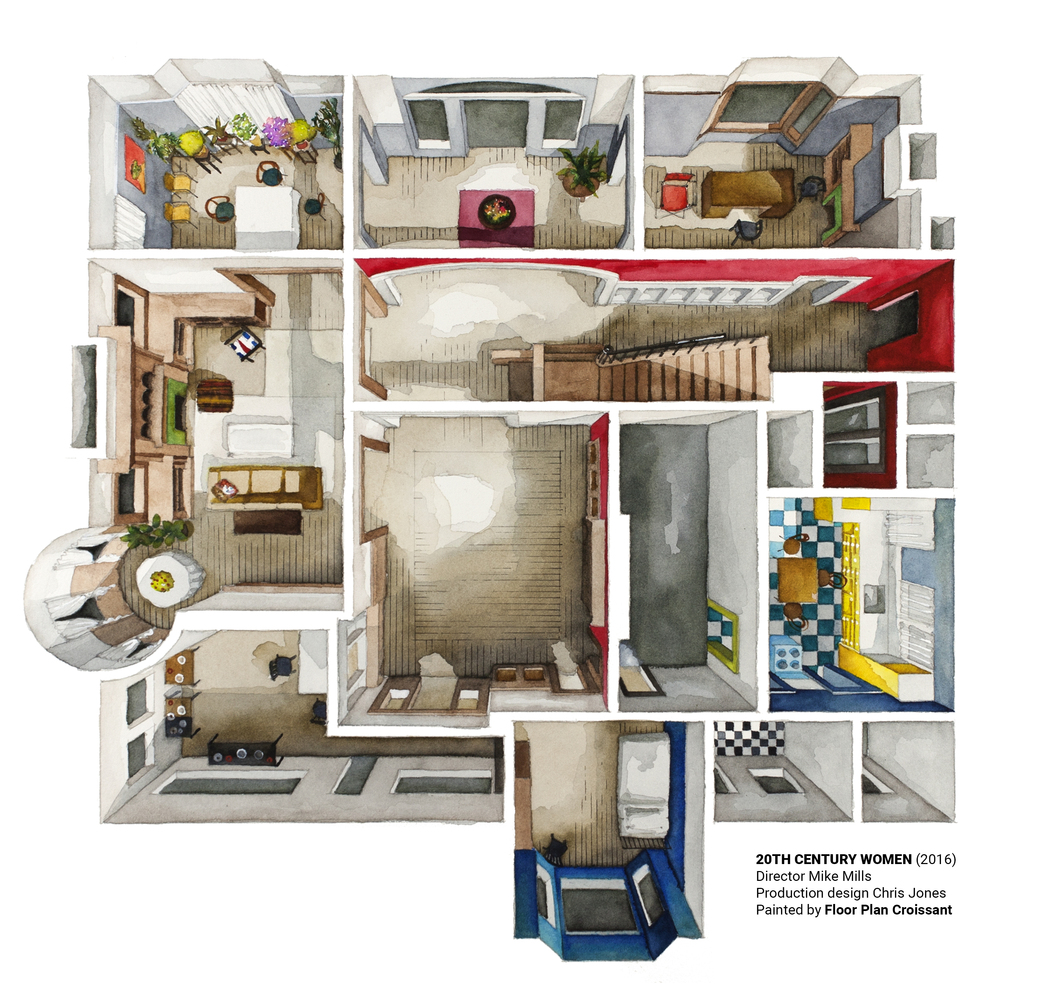 Set in a building that is constantly under renovation, Dorotheaâ€™s house is not only home to herself and her son Jamie, but also to two boarders, one of which almost becomes part of the family. Occasionally, their 17 year old neighbour sleeps over, adding to the dynamic lifestyle within the walls of the shabby late-â€˜70s house. 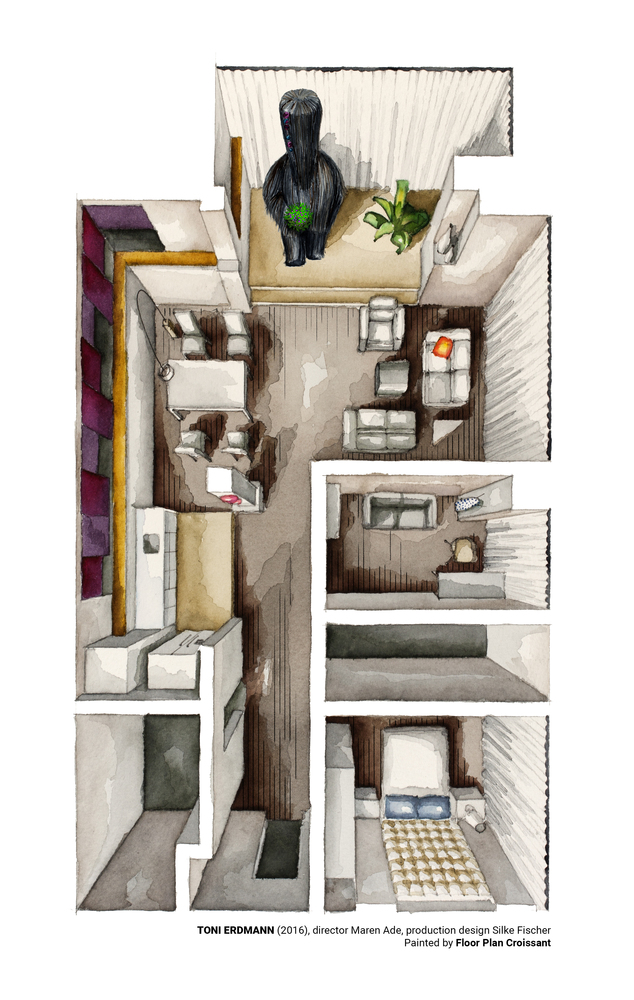 Nominated for Best Foreign Language Film of the Year, this film was about a father who brings some absurdity back into his daughter’s otherwise ordinary life. At the end of the orderly and tidy apartment stands a woolly costume worn by Inesâ€™ father during one of his many attempts at amusing his daughter.