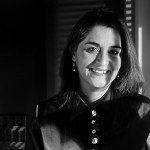 Latika Khosla is on the board of the Color Marketing Group USA and the founder-organizer of Colors India. She is also the founder-director of Freedom Tree, a wholly-Indian, colour-led lifestyle brand with retail presence in Parel, part of Mumbai’s trendy mill district. Her studio, Freedom Tree Design, undertakes colour onsultancies and design assignments.

There was a time when you’d wrinkle your nose at the thought of entering a single person’s home. But colour consultant Latika Khosla traces the change in the way solo players approach their homes today.

Since a while now, I have stopped checking into hotels when I travel on work. Instead, I catch up with friends by staying with them. It is wonderful to soak in all the pampering: the charmingly set-up breakfast table; the unexpected nashta with chai… life has a nicer pace outside Mumbai. Recently, I caught the last flight out of the city to make it to a morning meeting and rush back. Minimum packing. I just asked my friend for a bed to doss down. I found myself consigned to the “boys’ rooms”, since they, the boys (really young men in their 20s), are so easy to toss out for the night.
Before anyone thinks that this is a relegation, I have to tell you it was a fabulous upgrade! Whereas the guest bedrooms were pretty and the bathroom was equipped with guest towels and little soaps, such spaces aren’t pressed into service often. I always have to look for a lamp as I read late at night.

Now these bachelor rooms, they are brilliant. There is almost always the single bed, so plenty of room to walk around; lots of plug points and gizmos; Wi-Fi and charger points available within an arm’s length; tons of interesting books to read, and hang in there… I do not even have to carry a heavy toilet bag. Have any of you seen a metrosexual male’s bathroom? It’s full of great products. There will be three kinds of shampoo, several conditioners, four types of gel, seven kinds of fragrances; and zit creams galore. Need I say more? Most of the rooms are not messy. These are neat rooms with everything in order, and interesting bits of personality popping out.

Before you think ‘oh, mama’s there to do the looking after’, I have seen this change in people, whether they have bachelor rooms at home or live the bachelor life on their own. For this feature, I asked my colleagues to start observing homes of single people they knew. And when I looked through the photographs, I was amazed at how much care young people were taking of their place. Even if it was the gadda and floor cushions, they were matched up and were quite the talking point of the room. Though all the homes were single bedroom apartments, tons of imagination more than made up for the lack of space.

Starting Small
The ubiquitous gadda is almost always the first stage of playing house. You can start without a sofa or even a kitchen; but bed, basin and bathroom are a must-have. Gunjan’s start-up place is a palette in moody blues. Everything reflects a clean mind,  just waiting to be filled in, as she contemplates how to build the room up. Cool tints of white, turquoise, soft blue and mauve appear as little accents. In another bachelor room, black-and-white digital prints set the tone. So no need to worry about coordinating colour. Calm grey lets you build up the artwork and furnishing one step at a time. Photographs of even the most mundane things like footwear make great artworks; you just need an eye for rhythm and repetition!

The first thing most singles I spoke to did, was paint the walls a seamless colour. Living in a small place, they blanked out these planes with a white or a similarly neutral backdrop to stage their tiny homes. Most took their colour inspiration from things that they started with: the colour of the floor, a piece of furniture that acted as a centrepiece. Adding to that, piece by piece, they built up their little world. Colour is central since it can bind the space or destroy it. A black-and-white suitcase-cupboard opens to reveal a delightful desktop… a workspace which will never make you want to leave home. Gunjan uses cool tones; Manjiri, wood with a burst of retro orange; and Shashank, jewel-toned gemstones and light as an accent. Warmth always comes from piles of books or artwork; arranged in a cadence that is music to the eyes.

In a previous issue, I wrote about the backslash generation. Everyone has two or three proficiencies, thus the multiple introductions. With one job that is mainstream, they find greater self-expression in following a dream. They are on the brink of intense creative activity. As architects, they are also photographers. As filmmakers, they are also writers. As graphic designers, they also dabble in interiors.

It’s the details that matter. In every one of these homes, things are neat and orderly. There is a synergy of design aesthetic that runs through each one, giving more than a glimpse of the personality of the occupant. There is a just-begun, clean-canvas-mood-board kind of feeling in Gunjan’s rooms. She has just moved back to India from Italy and is making a fresh start. Shashank’s paintings and photographs make his home look like a miniature gallery. His books and Buddhist sculptures form an architectural progression by themselves. While classic and retro, Manjiri’s home is like a song with a repeating, pulsating verse that makes you want to twist and shout! And turn about. You can easily picture her sitting in the flame bucket chair, wearing her droopy 60s sunglasses.

Many homes have emotional content. You might want to know the places the person has been to or seen. Manjiri’s starting point was her happy childhood in her parent’s home and their 1950s furniture with tapered legs. She started out with the coffee table from her home as a centerpiece and built everything around that. A classic sofa dressed in grey with button down cushions brings her seamlessly into this century. A bookshelf at the narrow entrance took wings and grew tall, accommodating nearly everything. Because Manjiri wanted the vintage-style Bakelite phone and not the mod-con of mere plastic, she even chased down the mega-municipal body of the Mumbai telephone exchange. While visiting her local telephone exchange, she took with her pictures of her home to explain. And what do you know, they threw open their metal lockers and voila, she chose the racy red phone as her landline.

So this is it. The relentless pursuit of perfection. Waiting and biding your time. Looking out to make things right. This is

what classifies today’s bachelor being. They deserve a wonderful place that takes care of them when they come home. For, wait for it… the home is their love affair.